Sharing the lessons along the way…

The day of surgery always feels better than the day after, unfortunately.  Since there are three incisions, it is a bit of a challenge to get comfortable.

The one in the back is at an angle the doctor said, and that was the only way he could get everything out back there that was attached to the catheter tip.  He said that might take a little longer to heal as well.  The other two are on either side of my tummy.

I talked to the doctor yesterday because there had been some bleeding from my back incision Thursday, and we had been watching that incision to make sure that no spinal fluid is leaking from it.

That is the purpose of the girdle (they call it a binder) that I showed you in yesterday’s picture—to add pressure to keep the hole where the catheter tip went into my spine from leaking.

The binder is pretty uncomfortable on the other incisions, but I am not about to remove it.

I took the day off yesterday from teaching so that I could rest.  I did rest, but the pain medications aren’t helping that much with the pain and they seem to agitate me a bit more than I would like.

The doctor kept me awake (under twilight anesthesia) while he did the back part of the surgery and he said that as soon as he got the catheter tip out, I was saying it felt better already.

My previous doctors had created a small loop there with the catheter tubing to anchor it and prevent it from pulling out of my spinal canal.  I am sure they did this because the Codman was pulled all the way out.

It is likely why I was having so much pain back there and apparently was also responsible for my torso burning with nerve pain.  I no longer have the torso burning horribly, although I may just have the incision pain competing for my attention right now.

I get to wear this girdle for two more days before switching to an Ace bandage around the back incision.  A spinal fluid leak would be quite a setback and would require a neurosurgeon going back in there and applying a patch to stop the leak.  Reminds me of fixing a hole in a flat tire, but quite a bit more of an ordeal.

Resting and being still should help prevent that as well, so that is what I am doing.  Not that I really feel like doing much else yet anyway.

Thank you all for the facebook love, the comments love, the texts, the emails, the flowers, the help and the hugs!!

What others are sharing about TheTawny’s Posts 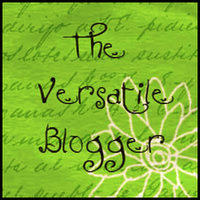 Because we’re all recovering from something.

Whatever it will be...

Because moulds are for playdough, not people.