Sharing the lessons along the way…

I am not a Unicorn!!

I know this might be hard to believe, but I am a human being.  As such, I find that others often expect the alternate universe Tawny who has magical powers, is a unicorn or perhaps the Tawny that flies in invisible planes and can be in more than one place at a time.

Unlike the superhero Tawny who may or may not live in an alternate universe, I am not available 24/7 ready and willing to leap a tall buildings in a single bound.

In this reality, I need time to recuperate rest and not be “on” for others 24/7.  This was true long before my chronic condition, in fact.  I have known this about myself for a long time.  It wasn’t until after my diagnosis that I began to honor it more.  I know when I can absolutely do nothing more for anyone else unless I take care of myself.

Every now and again, I wish I could be in that alternate universe.  I wish I was a unicorn, had some magical beans or a wand or something so that I could continue to help all who need it in the best possible way.  Or to simply get to hang out with people I miss terribly and don’t get to see that often anymore.

And every now and again, I have others place these superhuman expectation on me.  To help in ways I am unable, or to do just that one more thing.  Sometimes they even use guilt to push me to wave my magic wand despite having already done as much as I could.

In this universe, I do the very best I can from the time I get up until the time I go to bed.  If anyone is going to challenge that “best” then it will be me because I know more than anyone else does just how important it is for me to do as much as I can to make life just a little bit better than it was before I arrived.

Believe me when I say this, I will always be harder on myself about it than anyone’s guilt trip or anyone’s attempt to push one of my buttons.  That’s why those guilt trips and button pushing attempts are less likely to work anymore and the answer is still no.

Actually, I hardly have anyone in my inner circle who doesn’t respect the answer no because they know me well enough to know that I totally would if I could.  They know it isn’t personal.  They know that I am not a unicorn and I love them for it!

I am grateful for everything I can do and spend my time and energy figuring out ways to do even more without sacrificing my well-being in the process.

Wouldn’t it be just a little bit fun though to have a super power, have unlimited energy (not the pathological kind), to constantly be able to serve humanity without any regard for self-care, have magic wands or magic beans or fly invisible planes?

The Magic of Rainbows and Unicorns

What others are sharing about TheTawny’s Posts 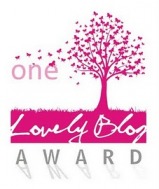 Whatever it will be...

Because moulds are for playdough, not people.